The first difference is on contents in Chinese& Western food cultures.

Apart from the differences on concepts and etiquette, China and Western countries also demonstrate some disparities in many aspects of the contents in each food culture, such as cuisine and cuisine naming. In this article, the following two points will be compared and discussed: exquisiteness and taste vs. nutrition and balance, and different cuisine naming. Through comparison and analysis, it may help us realize not only the disparities but also the similarities in certain aspects.

1.1Exquisiteness and taste in Chinese food

As we all know, China enjoys a good reputation for its plentiful and splendid cuisine. So far, China has developed four major cuisine groups, based on the localities of their origins: Su (Suzhou, Yangzhou and Hangzhou)group, Yue (Guangdong) group, Chuan (Sichuan) group and Lu (Shandong) group, or more precisely, eight cuisine systems, namely Shandong Cuisine, Sichuan Cuisine, Guangdong Cuisine, Fujian Cuisine; Jiangsu Cuisine，Zhejiang Cuisine, Hunan Cuisine, and Anhui Cuisine. In short, in the eyes of Chinese people, cuisine is not merely to satisfy the stomach, but also to the eves, the nose, the imagination, the mind and the soul.

Meanwhile, the taste, another essential feature of Chinese cuisine, is also stressed. Chinese people do not mind the nutrition of the food as much as its taste. Savoring food is more important to them. In other words, for a Chinese, having a tasty feast is the happiest thing in the world. The Chinese idea of happiness is, as I have noted elsewhere, being `warm, well-filled, dark and sweet's-referring to the condition of going to a bed after a good supper. It is for this reason that a Chinese poet says, “A well-filled stomach is indeed a great thing; all else is luxury".

1.2 Nutrition and balance in western food

Traditional British or American cuisine is boring and limited, and many foods or cuisine were actually introduced from other countries. For example, tomatoes were introduced to Europe in 1523 from the New World ; chopped beef steaks were introduced to the United States from the German city of Hamburg in the late nineteenth century . Besides, as far as cooking methods or skills are concerned, Western countries are too far behind to catch up with China. Because of different factors, the features in Western cuisine are quite different from those in Chinese cuisine discussed above.

An interesting phenomenon in Western countries is the nutritional information on the food label, from which people's concern about nutrition is clearly reflected. A look at the information, like the number of calories per serving, grams of fat, sodium, cholesterol, fiber and sugar content will make you more knowledgeable in selecting foods to reduce your nutritional health risk.

By the comparison and analysis we have made so far, one conclusion may be drawn that on the one hand, it is the difference hidden in the deep structure of Chinese and Western cultures that leads to those disparities reflected in each individual food culture, and on the other hand, food culture of Chinese and Western country is neither superior nor inferior to the other, they do not exist in isolation. In fact, more and more cross-cultural contacts have brought many changes and new elements into the development of one culture or another, food culture is a good example. However, during this process of exchange, one culture usually adopts only those elements of another culture that are compatible with their values and beliefs.

Another important factor stimulating and accelerating the process of exchange between cultures is globalization. Due to the open policy, Chinese people and Chinese culture have more and more chances to contact with foreigners and foreign cultures, through which people of different cultures can learn from each other. In brief, learning food culture can help us know cultures about other countries and is better for cross-cultural communication. 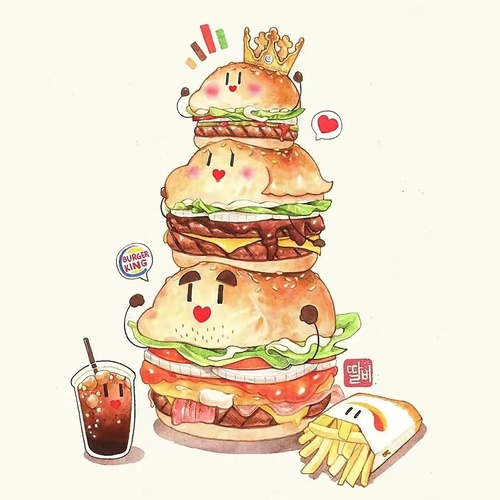